Early communicative vocalizations and the raspberry 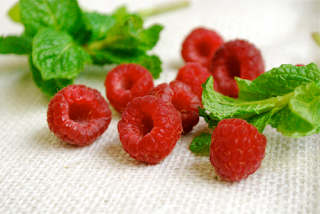 M has begun blowing raspberries. It started one day just before she turned five months. I picked her up at day care and a teacher asked me whether she had been doing it at home – but this was the first I had heard of it. When I got her home and went to change her diaper, she rewarded me with a big wet "thbbbbt!" Since then, she deploys them unpredictably, with the raspberry even being her dominant vocalization some days.

What do the raspberries mean? I don't know – but they have an interesting feature: they are not necessarily either happy or sad. Sometimes M is struggling to get something out of reach, grunting with frustration, and then she turns aside and blows what seems to me (and other unbiased observers, like her mom) to be a sad raspberry. Other times, she looks at her grandmother or grandfather, smiles, and blows a happy one.


A gorgeous new paper by Oller and colleagues argues that this affective flexibility is an important characteristic of infants' early vocalizations. The study is very simple, coding the affective expression (e.g. smile, grimace, etc.) that goes along with a range of baby noises, including laughter, crying, squealing, growling, and "vocants" (coos and their siblings). Unlike laughter and cries, the other three vocalizations are all remarkably flexible. Like M's raspberries, they go along with – perhaps are even used to express – sadness, happiness, or something else altogether. Even infants 3 - 4 months old showed this same flexibility.

This early flexibility account seems like it goes along with a number of other proto-communicative responses that I've seen in M. Each of these is individually-consistent with conditioning of a specific response to a social stimulus. But they are also not inconsistent with the early beginnings of communication:
Again, none of these give strong evidence in favor of a communicative account over pure stimulus-response learning. But all seem like great candidates for further investigation – either to test whether they are communicative  or else to understand better how communication emerges out of simple social associations.

(A post I drafted last month, hastily wrapped up.)