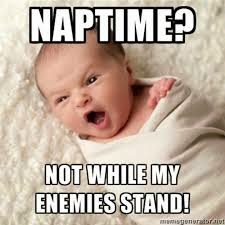 Perhaps I haven't lined up the pieces right here. Perhaps there is actually a classical conditioning analysis that makes sense, but my still-somewhat-sleep-deprived mind hasn't been able to work it out. If so, I'd love to hear it. In the absence of that kind of analysis, though, the overall success of the Ferber method is even more magical.
Posted by Michael Frank at 10:59 PM