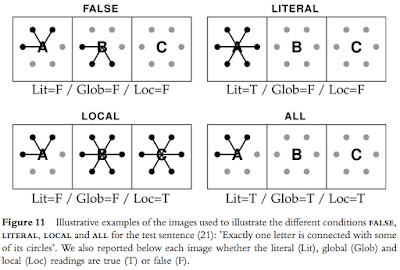 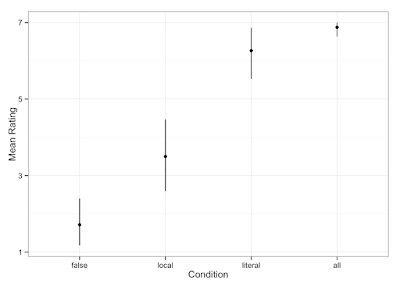 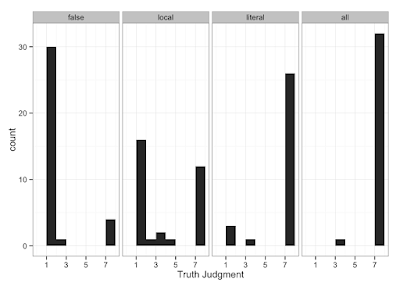 In sum, we replicate Chemla & Spector, in English, with a standard likert scale, without any fillers, order effects, or extra items to be compared against one another. Some – but not all – participants found an interpretation consistent with local scalar implicature. Code and data available here.
Posted by Michael Frank at 8:50 AM