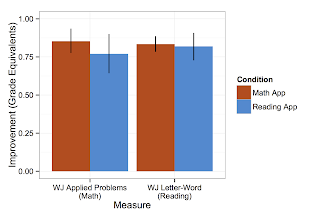 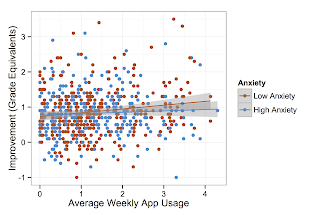 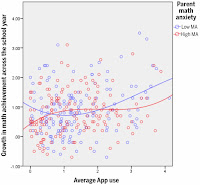 There are some differences (e.g. outlier exclusion on their right side), and a color flip. But a basic question is whether there is truly a quadratic trend – whether the reversal in the middle of their graph is reliable – or whether this is essentially a null finding. I don't know the answer to that question. But this case has convinced me that preregistration is a critical tool in decreasing this kind of ambiguity in the future.
Posted by Michael Frank at 4:36 PM